"The hundred-year history of Sheet Metal Workers’ International Association, Local 28 Metropolitan New York and Long Island, is the story of a great urban area…a trade that is both craft and art…and a steadfast commitment to the dignity and welfare of working people and their families.

In the months before Local 28 received its charter on October 15, 1913, Grand Central Terminal and the Woolworth Building were completed – an indication of the iconic structures to come in the 20th century and in our local union’s first century.

As the New York metropolitan area grew and changed, so did Local 28, through World War I, the Great Depression, World II, the 1970's municipal financial crisis, 9/11 attacks, 2008 economic crisis and Hurricane Sandy.  The local’s shape and jurisdiction changed – once it included northern New Jersey – but it remained an essential part of the city and its suburbs.

Our century has seen the nature of sheet metal work change, from tin ceilings and cornices to copper domes to heating, ventilation and air conditioning duct work and installation.  Architectural sheet metal now twists buildings into shapes that could have barely been conceived by the creators of the Woolworth Building.

Members of Local 28 help New Yorkers live, work and breathe in comfort.  Sheet metal workers inhabit the only trade that designs, manufactures and installs its own products.  They not only build; they create.

Throughout the decades, Local 28’s leadership confronted the challenge of nonunion construction, while seeking to improve working conditions, wages and security for its members.  During World War II, Local 28 sent a Christmas bonus of $15 to its members in uniform – one of the first unions to do so.

Time never stands still.  The next 100 years will bring new advances in technology and the applications of our trade, but one thing is certain – Local 28 will continue its commitment to high-quality training and education, both at its apprentice center and through its support of scholarships for its members’ sons and daughters.’

As we look back on this historic anniversary with faith in solidarity, we can truly be proud of the past and look toward building the future of a great industry." 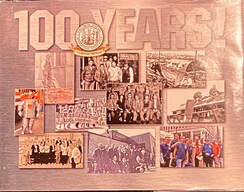